Today I remember my dear friend and teacher, Phyllis Seckler (Soror Meral). I wrote this in 2004 on the day of her death. 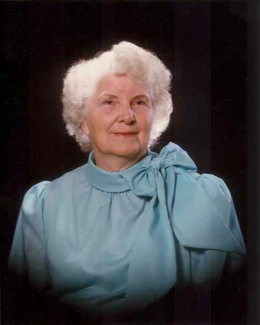 Do what thou wilt shall be the whole of the Law.

I first met Phyllis in 1991 e.v. I had written to her as a young man in seek of the Light of Truth, with all of the arrogance and naivete that youth embodies.

My letter was not too long, simply stating that it was “my Will to become a Probationer of A.’.A.’.” She replied back some weeks later with an add for In the Continuum, and a brief letter explaining that she would not admit anyone to A.’.A.’. without first completing Course I of the College of Thelema. My eyes being set on the reward, I immediately wrote back with a letter giving some of my background, and an order for all of the issues of I.T.C.

Weeks passed with no response. I began to feel that my application had been rejected. Then one afternoon the phone rang. It was her. I was speechless. Eventually I managed to get out a few sentences, and it was agreed that I would come up for a private visit.

That first to visit to Oroville is still clear in my mind. As I pulled up into her driveway, she was standing in the garage getting her truck ready. I got out of my car, shaking timidly, and walked up to her. She smiled radiantly and said “Do what thou wilt shall be the whole of the Law.” I replied “Love is the law, love under will.” We shook hands and went inside. Later that day we went to lunch in Oroville and she asked me to do Will. I was completely green, and had not even memorized the small rite, and made a complete fool of myself stumbling through it in front of her. The whole time she was smiling with a twinkle in her eyes, encouraging me. I became her student that day, and nine months later I was admitted into the A.’.A.’. under her guidance as a Probationer.

It was only years later that Phyllis would tell me one day that my first letter to her almost ended up in the trash. She was initially put off by the presumption of my letter, and that I was telling her what my Will was without even asking if she might be willing to take me on as a student. She reconsidered though, and decided to give me a try. The rest is of course history.

Over the years I continued to work under her guidance, travelling to Oroville whenever I could to sit with her for hours and discuss A.’.A.’. and related matters, either in her beautiful garden or in the living room. Sipping on wine, I would sit for hours just listening to her many stories and sharing much laughter.

Phyllis never questioned my direction or choices, but rather always supported the work I was doing and encouraged me to strive for the heights. Through thick and thin, she continued to refer to me as “her rascal.” When I was studying Buddhism and finding ways to incorporate the practice into my work, she encouraged me, saying that she had always admired the Buddha’s writings. When I began integrating Hindu tantrik practices into my studies, she encouraged me greatly, pointing out some of the similarities between the Book of the Law and the Bhagavad Gita. When I told her it was important for me to be able to work the A.’.A.’. system in as pure a form as was possible and independently, she encouraged it, just advising me not to become an “unthinking Crowleyite” (with a little twinkle in her eyes as she said it!) and to never change the name of the lineage from honoring her teacher, Soror Estai. She was open minded enough, and secure enough in her own attainment, to see that there were many avenues and channels of approach to the Light, and that what was right for one aspirant was not necessarily so for another. She was never hung up on “grades, titles and attainments.” She took endless joy in laughing about the ego driven politicking in the various esoteric circles we were involved with, always pointing out that people should rather be focused on doing the Work of Self Attainment rather than bickering and plotting endlessly.

Above all she taught me that Love and Will are paramount to all, and to never lose site of the Holy Guardian Angel, who is the sole rule and comfort, the supreme guide and teacher. She always strongly encouraged the daily reading of the Holy Books, especially AL and Liber LXV, insisting that just a chapter every night before bed would solidly place the books in memory over the years. It was this simple teaching that would form the genesis of the Diamond Sapphire Gem of Radiant Light and the Ordo Sunyata Vajra. She took great joy in pointing out to anyone within ear shot how thickheaded I was at astrology, always taking the opportunity to have me stumble around the triplicities or houses at a class. Well dear soror, I am afraid I am still a poor astrology student! I can see her now shaking her head at me, all the time smiling and radiating so much joy and light, wisdom and strength. Phyllis taught me again and again the importance of laughter in our work, and to always focus on the work and not get caught up in the politics and personalities that abound in Thelema.

Thank you, Soror, for all of your support, love, encouragement and guidance these past 13 years. I will do my best to honor your name, and continue on in the tradition of which you so lovingly taught and entrusted us. I am honored to have been your student and friend.

Love is the law, love under will.